Have you or a loved one become a cancer victim as a result of working at Texas Instruments | Metals & Controls in Attleboro, Massachusetts? Let us help insure you receive the entire compensation that you are entitled to. If you or a loved one worked at the Attleboro site at any time from 1950 to 1967 contact us today for a free consultation. 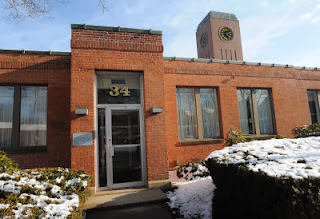 ATTLEBORO - Hundreds of former Metals & Controls and Texas Instruments employees who may have gotten cancer as a result of working at a nuclear fuel plant are pursing claims for compensation under a federal program.
More than 900 claims have been filed on behalf of ex-workers or survivors of those who worked at the Attleboro plant during the 1950s and '60s under the Energy Employees Occupational Illness Compensation Program.
The Department of Labor-run program provides compensation and medical coverage to atomic workers who believe they developed cancer as a result of their jobs.
The total does not include another 252 cases referred to the National Institute of Occupational Science and Health under a separate category.
So far a total of $35 million has been disbursed to employees with one of 22 types of cancer who worked at the plant from 1952 to 1967. That includes $1.2 million in government-paid medical benefits.
An additional $3.7 million has been paid under the NIOSH program to those who worked at the plant in later years, but whose cancer was judged likely to be job-connected.
Many of the workers labored in close proximity to radioactive materials on Cold War military projects at a time it was feared conflict between the United States and the Soviet Union might erupt in nuclear war.
Some have compared the nuclear workers to the Rosie the Riveters of World War II, who kept ships, tanks and planes flowing to the front despite workplace hazards, housing shortages and little sleep.
Of compensation cases decided so far, about two-thirds of claims received from those who worked at the plant in the 1950s and '60s have been approved.
Under the parallel NIOSH program, which carries a higher standard of proof, only about 20 percent of those who filed claims were approved for compensation.
The former Metals & Controls plant manufactured nuclear fuel for the Navy and for government reactor programs beginning in the early 1950s and ending in 1981, according to the Nuclear Regulatory Commission.
About 90 percent of the compensation paid to date went to workers or family members of employees who worked in the 1950s and '60s, when atomic energy work was at its height.
A division of Engelhard Industries in Plainville conducted similar work during the 1950s and early '60s.
Texas Instruments, which purchased Metals & Controls in 1959, sold its Attleboro manufacturing campus in 2006.
The property, parts of which underwent extensive decontamination, was eventually turned into an industrial park.
As many as 6,000 people worked at the complex in its heyday.
The bulk of nuclear-related work was centered on a few buildings, but the National Institute of Occupational Safety and Health was unable to find documentation confining the work to any one section of the factory comlex.
The Department of Labor classified the former TI property an "atomic weapons employer" site.
The federal government stepped up efforts to aid local atomic workers in 2010 by designating those who worked at the Attleboro plant from 1952 to 1967 a "special exposure cohort." The designation afforded them easier access to benefits without having to document precisely how much radiation exposure they received.
However, some former workers have complained that neither Texas Instruments nor the government adequately informed them they might be subject to work-related cancer or that there was a program available to help them.
Following a series of news stories in The Sun Chronicle and prompting by U.S. Rep. Joseph Kennedy III, the company sent letters to thousands of former workers informing them about the compensation program.
"My office is thrilled with the steady uptick in claims filed by former employees of Texas Instruments and their families," Kennedy said in a statement. "These workers deserve any compensation we can provide. We remain committed to working with any individual who needs help navigating the claims process and encourage folks to call our Attleboro office with any questions or concerns."
According to the Nuclear Regulatory Commission, Metals & Controls and later TI made nuclear fuels used by the Navy, Air Force and civilian government reactors, as well as switches for Navy submarines that contained radioactive radium 226.
TI cleaned up the property in 1997 and received sign-offs from federal and state officials.
But the number applications for federal compensation from former employees has continued to climb as a result of publicity and mailings.
In January, the Department of Labor reported it had approved 301 claims by former workers and paid out a total of $26.2 million in compensation related to the Attleboro site. Another $768,000 went to pay medical bills of affected workers.
According to the most recent statistics, a total of 407 claims have been approved, with payments totaling $34 million. That doesn't count an additional $1.2 million in medical care.
In addition the National Institutes of Occupational Safety and Health portion of the program, which had paid $3.4 million on 29 individual claims as of January, has seen those totals rise to $3.7 million on 31 claims.
Since surviving family members, as well as former workers, are permitted to file claims, the total number of claims reported by the Labor Department exceeds the number of former workers whose cases are connected with them.
According to statistics published by the Labor Department, the 1,198 claims submitted to date under both programs represent a total of 883 workers.
Posted by Personal Injury/Federal Workers Comp Laywer at 7:24 PM

Schedule Your Free Initial Consultation in Our Attleboro Office Today